4 Social Media Data Breach Stories You Should Know About 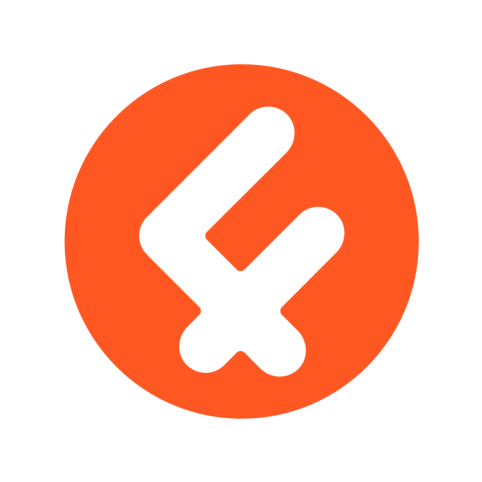 Are you aware of how vulnerable your social media accounts are?

Look through your social media feed. Remember that pair of trainers you bought recently? Are you now seeing similar products on your feed? If the answer is yes, you may be more at risk of a privacy breach than you think.

64%. That is how many Americans have experienced data theft or a data breach of some kind.

If you too are worried about possible data theft, read on to learn more about the most popular social media data breaches.

What: The harvesting of data from around 87 million of Facebook users, predominantly for political reasons. Facebook exposed user data to the political consulting firm ‘Cambridge Analytica’. It is argued that the data collected was used for political advertising and ultimately aided political campaigns such as that of Donald Trump. This is the biggest and the most well-known Facebook scandal that has ever occurred.

Facebook apologized for their role in one of the most famous social media data breach scandals and due to the negative press, their CEO agreed to testify in front of the US Congress. Facebook was fined $5 billion. Despite Mark Zuckerberg’s assertion that ‘the future is private’, others claim that Facebook, a platform centered around advertisements and profit, will never protect our privacy over all else.

This scandal resulted in a famous hashtag trend known as #DeleteFacebook, encouraging fellow users to delete their accounts in order to reclaim their privacy and protest against data sharing. Around 44% of younger users (aged 18 – 29) deleted the Facebook app from their phones as a result of the data breach, while 42% have taken a break from checking the platform for a period of several weeks or more.

What:  A security breach of the popular social media platform Twitter saw that the accounts of popular public figures and companies including Barack Obama, Apple, Jeff Bezos, Uber, Kanye West and Elon Musk were compromised and accessed by hackers.

A tweet encouraging users to transfer money into a bitcoin account was posted on the profiles as part of a major scam. The hackers allegedly received around $100,000 of cryptocurrency.

Users claimed that Twitter was too slow to react to the security breach, which went on for around 2 hours. Many users also stated that they feel unsafe and vulnerable to further attacks, as the cybercriminals hacked the platform successfully and gained a huge amount of cryptocurrency without impediment from the networking platform itself.

What: The passwords of roughly 165 million users accounts were exposed and made accessible to Russian hackers.

What happened according to LinkedIn:

At first, LinkedIn announced that around 6.5 million passwords of users were stolen and posted onto a hacker forum by cybercriminals. However, it wasn’t revealed until 2016 that the passwords of around 165 million users were leaked by hackers for financial gain. They since acknowledged their mistakes and reset passwords of the users which were affected by this huge social media data breach.

Following this attack many users filed lawsuits against the career and job seeking networking platform. One individual, Katie Szpyrka from Illinois, filed a $5 million dollar lawsuit against them with the claim that their promise of secure connections and databases was not fulfilled.

What: Around 360 million user accounts were leaked onto a database for stolen accounts known as ‘LeakedSource’. They were also put up for sale on the dark web for around $3000.

What happened according to MySpace:

MySpace claimed that the exposed data included email addresses, passwords and usernames. The accounts that were compromised were stated to be created by users before the 11th June 2013.

As you may know, MySpace is no longer a highly popular social networking site. This may be because many users reportedly moved on from the social media site as a result of the breach.

The breaches do not end there. Social media are not the only targets. Adobe, My Fitness Pal and eBay have also suffered security breaches. One of the biggest data breaches in history involved the internet service company Yahoo!. The real names, email addresses, dates of birth and telephone numbers of around 500 million users were exposed and became accessible to cybercriminals.

It is therefore unsurprising that around half of Americans do not trust the federal government or social media sites to protect their data.

‘No, that would never happen to me’

Many of us may hear stories about these security breaches and think, ‘no, that would never happen to me’, ‘I have nothing to hide’ and ‘but my account is private’. However, a number of people feel as though their phone is listening to them, some have even claimed that they have had adverts about things that have appeared in their dreams.

A new website known as New Organs is one which is dedicated to collecting stories from the public where the advertisements that appear on their page have felt a little too personalized, almost psychic in nature. They have already collected around 700 submissions.

One submission stated that they received a knife from Japan which they had not researched, taken a picture of, engaged with or talked about online. The only interaction they had was when they received it as a gift from their friend. When they were then scrolling through Instagram, there it was, an advert for the exact knife they had been given.

Even if we make an active effort to enable privacy settings and features on our computer, it is still possible for networks to determine particular things about us by other means.

In reality, we do not fully understand their tracking methods yet. The way that they find out this information is so accurate, that it is almost like there is a little pair of ears in your phone listening to everything that you say.

Trackers can access your name, your location, your address, your annual income, your place of employment, your interests, your magazine subscriptions, the books you like, hobbies you participate in, TV shows you watch, ethnicity, political views, religious affiliations.

The list of social media data breach stories doesn’t even end there.

If they know all this, they can make a pretty good prediction about the adverts you are likely to engage with and products you are likely to buy. You may think that wire-tapping is a bit far fetched, and truthfully, the amount of data that would be required to be stored to achieve this would be unrealistically large.

Furthermore, the installation of a complex software that can understand language and select the relevant content would be a huge undertaking. However, even if social media sites are not listening in through our microphones, there is a whole new technological world of data trackers and sensory apparatus that can mirror the effect.

We should all be trying our hardest to keep our information and our online social life private to prevent any possible social media data breach. Private accounts, strong passwords, sensible sharing and caution with fraudulent websites should just be the starting point.

This is why privacy is at the forefront of our policy. Fourview protects the data of our users, so that your treasured memories, thoughts and pictures are only available to the people who you want to access them.

No advertisers, companies or third parties are able to use or sell your private data.

This is social media, the right way.

How Is Social Media Changing Communication?

5 Things You Should Know About Private Social Networks